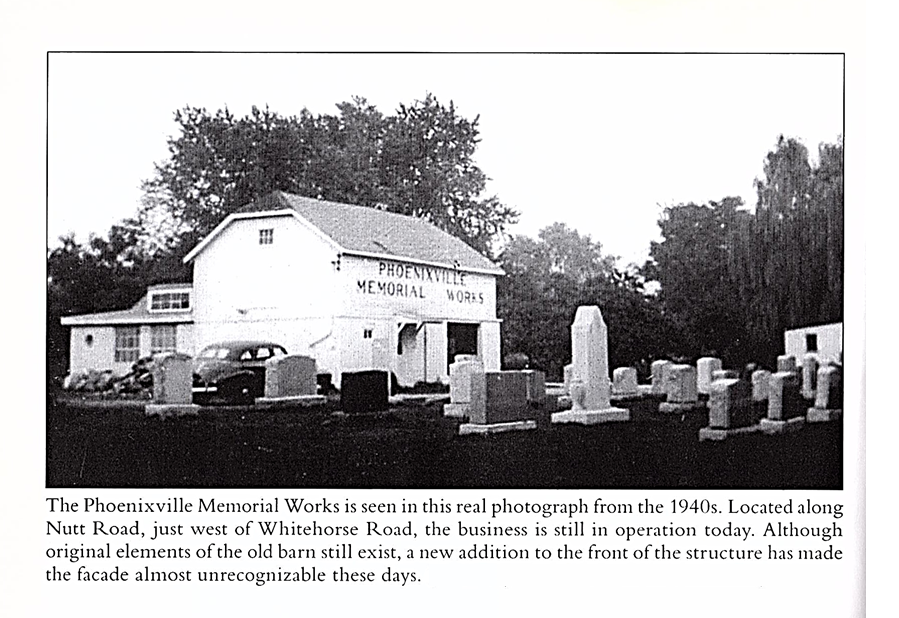 Phoenixville Memorial Works has been providing quality monuments and cemetery lettering to families in the Phoenixville, Norristown, Pottstown and surrounding areas since the early 1930’s. In 1946 the business was purchased by Ralph Hamman, who was helped in the family business by his son Martin. In the early 1950’s a fourteen year old boy by the name of Mike Hudak, began cutting grass and doing odd jobs after school. Mike was brought into the business like a second son of Ralph’s. After Mike graduated High School, he began working in the business full time. He quickly learned the business from the ground up, and became a skilled and trusted employee. Mike was a perfectionist and soon earned the title Memorial Craftsman.

In 1978, Mike and his wife Kathryn purchased the monument business. His son Michael immediately became part of the family business, working with his dad after school and on weekends. Michael learned the art of stencil cutting and soon became an expert in sandblasting. After Michael graduated High School, he attended the Barre Vocational Trade School, in Barre, Vermont. He spent the next year mastering the art of shape carving flowers. Michael graduated as one of the top shape carvers in his class. He worked closely by his father’s side until his father’s death in 1993. Kathryn and Michael together ran the family business until she retired in 2005. At that time Lynn, Michael’s wife joined the business. Today Michael and Lynn with the help from their three children continue on the Family-Run Legacy, which is Phoenixville Memorial Works.